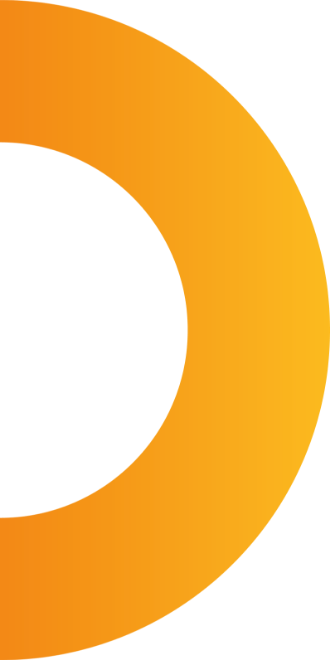 BA in Economics and International Business from Universidad Icesi, MA in Global Public Policy from the University of Potsdam, Germany. She also has a PhD in Business Management from Universidad de Valencia, Spain. She has more than 9 years of experience in Education, both in higher education and in the design and implementation of Public Policies in Basic, Secondary, and High School Education. She has also published articles on teacher training and incentives.

Bernardo Quintero Balcazar: BA in Mechanical Engineering and MA in Industrial Administration from Universidad del Valle. He has held important positions as President of Grupo Empresarial Carvajal, Corporación Financiera del Valle (today Corficolombiana), Avianca, and Riopaila-Castilla. He has extensive experience and a recognized trajectory in the Colombian business and financial sector and as a member of boards of directors of non-commercial companies and entities.

Chair of the Board of Directors

BA Political Science and Economics from Wellesley College (Boston) and candidate for a Master’s degree in Education at Columbia University (New York). From 2006 to 2013 she served as founder and Executive Director of Endeavor in Colombia, where she positioned Endeavor as a leader in the High Impact Entrepreneurship sector.

Prior to joining Endeavor, Gaia worked at the JPMorgan Bank in New York for 12 years, where she started out as a financial analyst in the Latin M&A department. After working in M&A transaction execution, she joined the cClient mManagement team for the Andean Region where she was responsible for the Investment Banking business for Colombia, building and managing businesses for corporate and government clients.

She has been the executive director of Yunus Social Business Colombia since December 2018, and is a member of the board of directors at Fundación Luker.

BA in Economics from Universidad Javeriana, with a specialization in finance from Universidad EAFIT-CESA. He has served as Vice President of Capital Management of Fundación Grupo Social, Financial Vice President of Banco Caja Social and Financial Manager of Fundación Social. He has been part of several boards of directors and investment and audit committees, as well as professor of financial prospecting in the specialization in finance at Universidad del Rosario and chair of financial management for the MA in Economics at Universidad Javeriana.

She has published two books and numerous articles and book chapters, especially on colonial and republican political culture. She was General Director of Colciencias from 2000 to 2003, as well as of the Luis Angel Arango Library from 2008 to 2013. She has been a member of advisory boards of cultural entities, competition juries, program evaluation commissions, editorial committees of academic journals, and advisory teams for the production of school textbooks and historical programs for television.

BA Economics from Universidad de los Andes, MA Economics of the Environment and Natural Resources from the University of Maryland, and MA Economic Policy from CERDI-Université d’Auvergne in France. He earned his PhD degree at King’s College London, and has served as research director of the Harvard Global Equity Initiative (HGEI) at Harvard University in Boston, deputy minister of social protection in Colombia, researcher at Fedesarrollo, and finance editor of Semana magazine. He was the founder and director of PROESA – Center for Studies in Social Protection and Health Economics – at Icesi University. He currently serves as Dean of the School of Economics and Finance also at Icesi.

Ten years of teaching experience on undergraduate and graduate programs in legal theory and sociology, and gender studies. Her publications focus on the philosophy of law, the care economy, and social policy. She is currently an associate professor at Universidad Icesi and Director of the Observatory for Women’s Equity – OEM.

BA in Finance and International Relations from Universidad Externado de Colombia, graduate degree in Senior Management and MA in International Cooperation from Universidad de Complutense de Madrid. More than 20 years of experience in multinational companies and NGOs in Colombia and Europe. She has been at the head of Fundación WWB Colombia since 2013 and is a member of the board and advisory councils of financial institutions and foundations. She is our guest columnist on gender, entrepreneurship and financial inclusion.

BA in Agricultural Engineering and a Master’s Degree in Strategic Intelligence, he has with extensive experience in the design and implementation of programs and initiatives aimed at serving the population affected by conflict and vulnerable conditions. He has worked on the design and adaptation of public policies with the national government, on international cooperation programs, and in directing non-governmental organizations focused on promoting development. He has also worked with particular emphasis on issues of peace building, coexistence, and reconciliation. He has served as a consultant in the evaluation of social programs and in the transformation of various organizations.

BA Law, specializing in commercial law, with over 30 years of experience in legal matters related to civil law, commercial law, financial law, tax law, labor law, and civil liability. He has also been in charge of commercial and administrative procedures in the educational, financial, retail and service sectors. He has proven experience in managing financial, legal, operational structures, mergers, spin-offs, and compliance, and has served as a legal representative of some of these entities, secretary general, and member of boards of directors.

Director of Investments and Treasury

Director of Investments and Treasury

BA in Economics and International Negotiation with a Master’s Degree in Industrial Engineering from Universidad Icesi. He has worked in the fields of investment management, capital markets, project evaluation, corporate finance, and in strategic planning. He also has experience in crisis management and managerial courage. He has served as Director of Investments and Treasury at Fundación WWB Colombia since January 2017.

BA in Industrial Engineering, and a specialization in Finance and Logistics Management, with over 20 years of experience in financial and administrative management in national and transnational companies in the industrial and service sectors. She has worked in companies such as Manuelita S.A., Conalvías S.A., Centro de Eventos Valle del Pacífico, among others and has been the Financial and Administrate Director for Fundación WWB Colombia since 2018.

BA in Journalism and a specialization in Organizational Communication from Universidad Autónoma de Occidente, and a specialization in marketing from Pontificia Universidad Javeriana Cali. She has worked in communications in national and international, humanitarian, state, private, and mixed organizations, and in marketing in mass consumption companies. She has worked with Fundación WWB Colombia since 2017 as Director of Communications, Marketing and User Services.

Our team is made up of people who inspire us!

Share your talent, energy and dedication to create positive change in the lives of women and men entrepreneurs. In return, we offer you our experience, opportunities, and support so that you can grow.

Be part of our team!